Unusually for me these days (space in the flat is limited) I actually bought Sathnam Sanghera's Empireland. I have read some of his journalism pieces and even brief mentions of his new book.

In terms of detailed research - the bibilography is formidable - and addressing the darker past the book is highly effective. Sanghera's writing is clear, direct and strong. Yes, it's hard reading in parts, and none the worse for that.

What I beg to question is Sanghera's message for the future. I agree with teaching the empire in schools (warts and all), but would warn that this is not just a matter of academic history. Even science is involved: an important part of past (and occasionally present) racism is 'racial science' attempts to prove whites superior with measures of skull sizes, IQ levels, and so forth. In the febrile atmosphere of today it might not be enough to dismiss breezily such stuff as nonsense.

Even more troubling is Sanghera's belief that the British, like all peoples, learn what they are from their past, and its artefacts. Ironically, this is the very notion which prompts others to squeal at critical discussion of the British empire, including its misdeeds. (Sanghera points out that critical argument was always around, but the fans of national identity do not want to hear about that.) A better way to think of learning about the past is to think of learning from it. If the past makes us what we are now and will be, are we not doomed to repeat its errors for evermore? 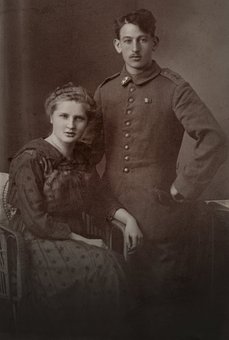 Hyper-liberal history on the road to nowhere
Celebrating childhood?
What does ‘great’ mean?

Why I am not a pacifist
Start again from the future
What is western liberalism?
Blog home Next Previous